The PRISMA Lab team ranked on the 2nd place in the final of the first edition of #LeonardoDroneContest held in Turin on 18 September 2020. The team completed two landings during the race. A great success in view of only three months of work (vs the ten months of the other teams) since the PhD student Salvatore Marcellini joined the team. The team was supervised by Vincenzo Lippiello and also included Jonathan Cacace, Gianmarco Paduano, Alessio Botta and Sara Nappa. 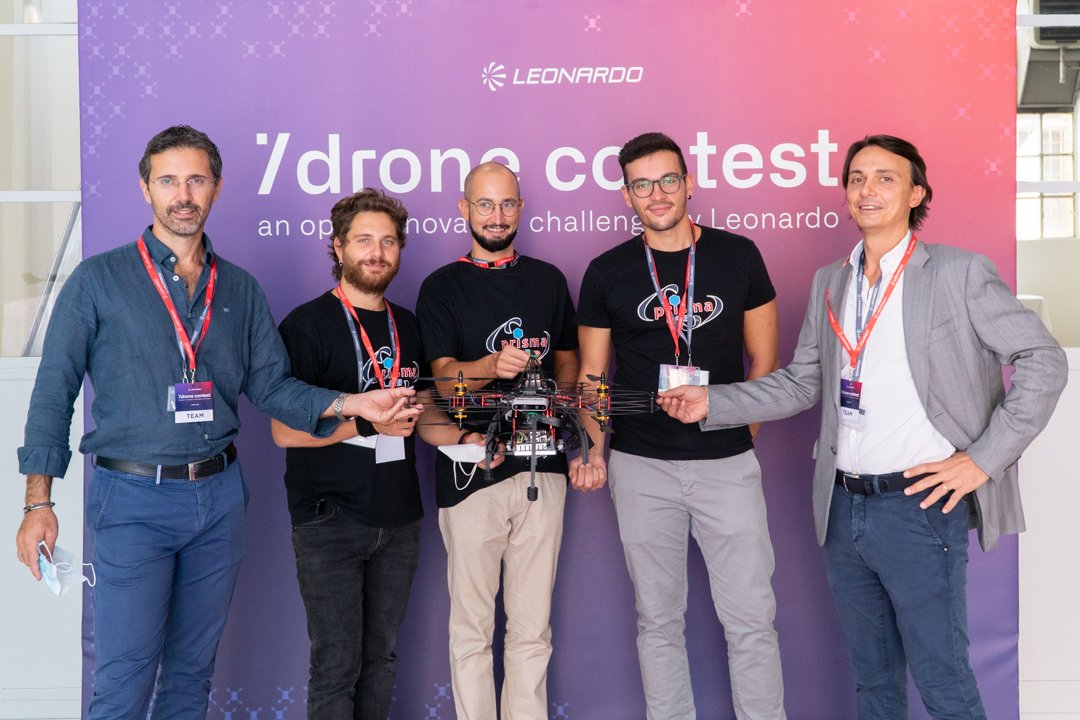